If The Walls Could Speak…

The beautiful Belmond Cadogan Hotel, known for its charm and illustrious past, opened its doors last year after a four-year renovation. G.A undertook the interior design for the lobby, guest rooms and suites, pulling on the properties rich history and weaving the ghosts of its past into the hotel’s design to create a reimagined British classic.

The Belmond Cadogan Hotel has over 400 works of art adorning its walls, many pices from British female artists and works inspired by the beautiful Cadogan gardens. This month Curiosity Bites digs a little deeper into the tantalising tales that make this hotel so infamous and explore the incredible art chosen by G.A to commemorate the notable characters of its past. 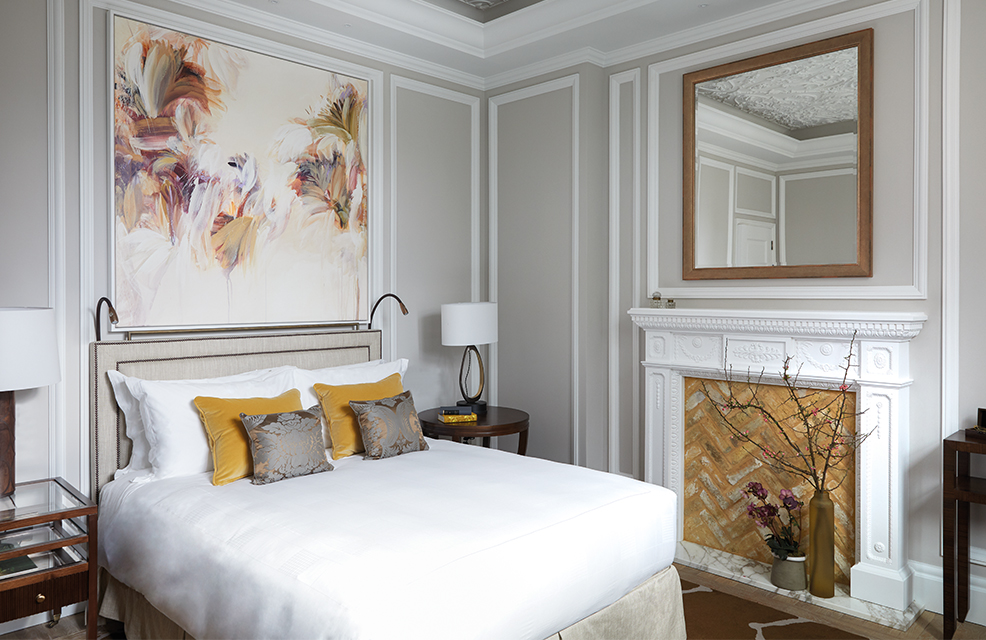 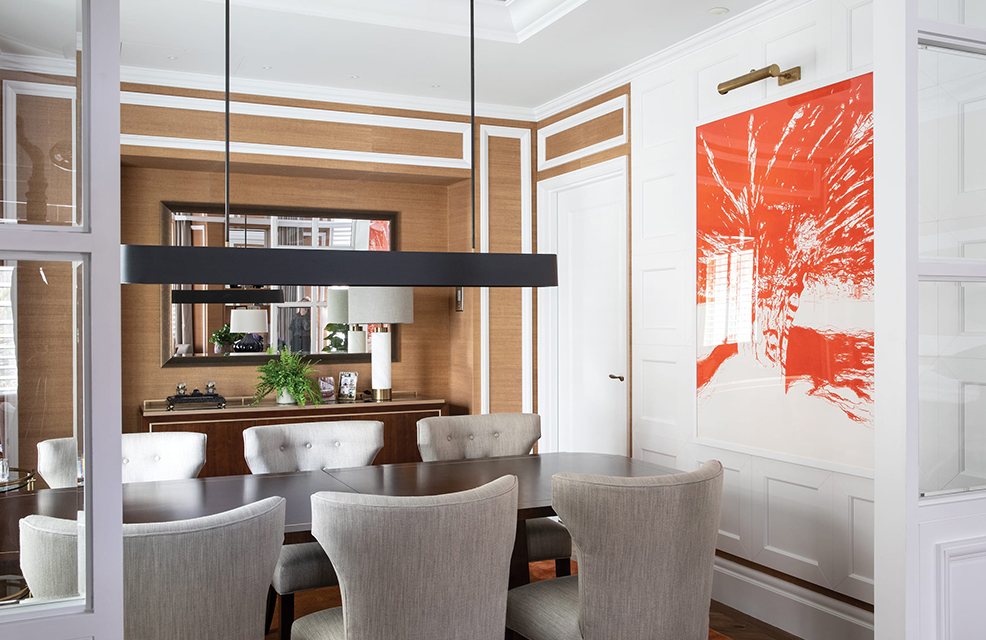 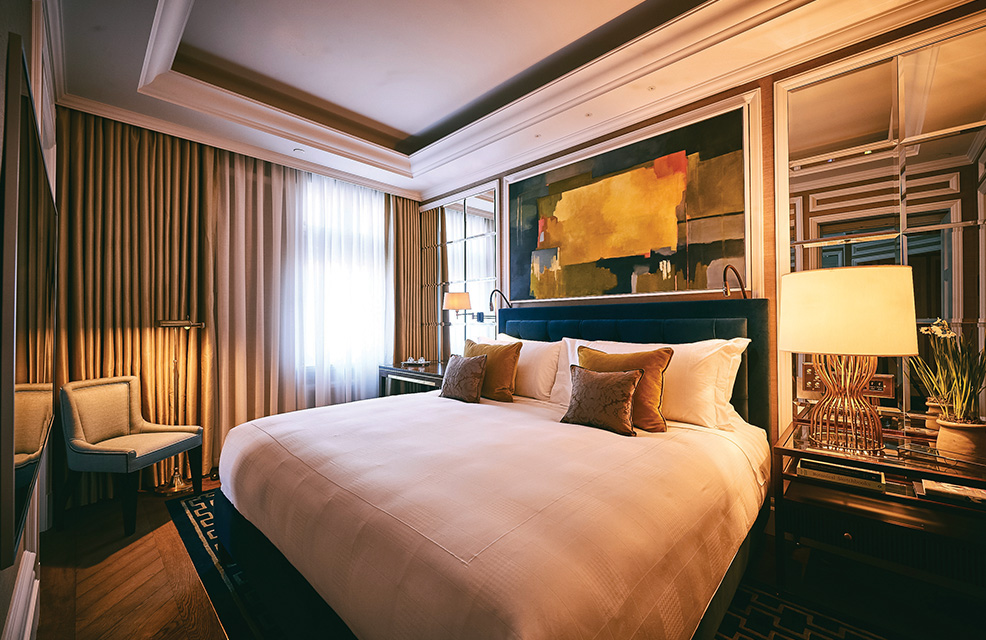 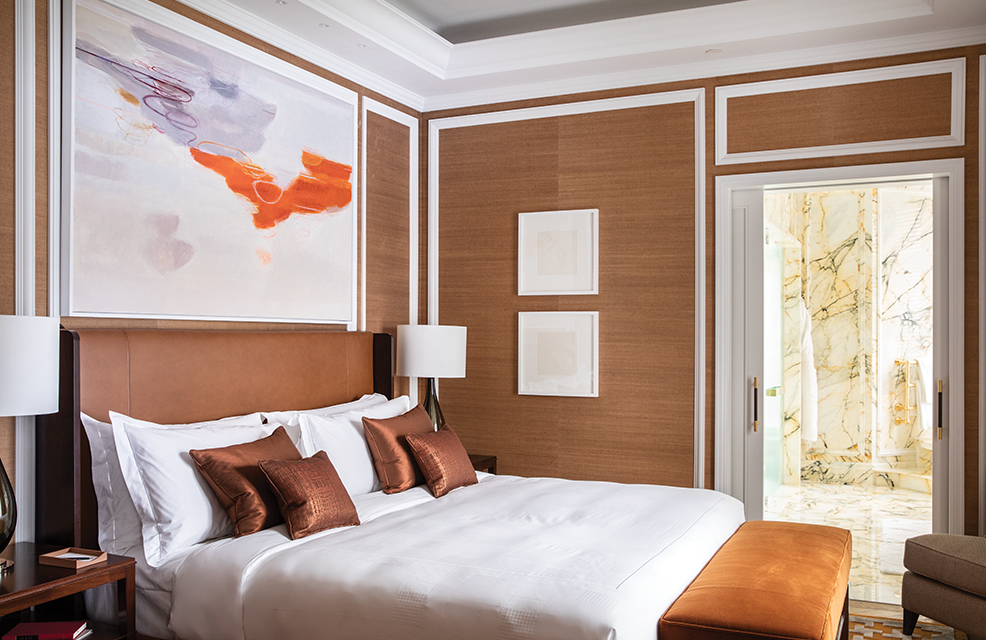 In 1712 the Cadogan Estates were founded by physician, naturalist and collector Sir Hans Sloane, whose incredible assortment of plant specimens, books, drawings and curiosities became the foundation of the British museum. Sir Hans Sloane was also the inventor of drinking chocolate, a recipe later sold to Cadburys.

In celebration of Sloane’s vast collection the Belmond Cadogan Hotel features many pieces of art inspired by his past; from framed blue morpho butterflies to various coral and botanical pencil studies. In addition to these, behind the custom made desk at reception, hangs Simon Casson’s epic oil painting depicting Sir Hans Sloane, his daughter and the history of the Cadogan Estate.

Titled ‘Ablement and Ablish’, Casson’s painting is full of the symbolism and detail of historic allegory paintings yet plays with painted collage and distortion, giving the work a distinctly contemporary edge. Notice the moth towards the bottom left of the painting, a nod to Sloane’s scientific discoveries, the red sailing ships representing a lifetime of exotic travel, the leaping deer a reference to the Cadogan estate and of course, Sir Hans Sloane himself alongside his daughter, who sips from a cup of hot chocolate.

In 1717, Sir Hans Slaone’s daughter, Elizabeth, married Baron Cadogan, a soldier and politician and when the couple inherited the estate, it took on the Cadogan name.
From the outset, Chelsea attracted an artistic crowd and The Cadogan Hotel was the epicentre of this scene. Both risqué and respectable, it is where creatives, authors and intellectuals would meet and socialize over dinner or a drinks.

One person who walked the boundary between risqué and respectable was socialite Lillie Langtry. Described as notorious but fundamentally intelligent and driven, Langtry was a British-American actress and producer. Her fame, however, did not arise from her career. She was most well known for her three year affair with King Edward VII and it was in The Cadogan Hotel that these tristes took place. Lillie Langtry had a house adjacent to the hotel and in 1895 she sold it to The Cadogan Estate on the understanding that she could live and entertain there for free, and entertain she certainly did. Their affair came to a close in 1880, either because Lillie misbehaved at a party, or because French actress Sarah Bernhardt arrived in London in 1879 and eclipsed Lillie, rumours vary. But the reputation of Lillie Langtry lives on untarnished at the Belmond Cadogan Hotel, with a penthouse suite in sultry shades of lilac designed in her honour.

Langtry also had an impressive set of friends who roamed the halls of the Cadogan Hotel, most notably, Oscar Wilde. The author, poet and playwright still stuns readers today with his wit and flamboyant style, and it is The Cadogan Hotel that became a space of solace, sanctuary and creativity for him. Wilde was tragically arrested for indecency in 1899 and sentenced to two years of hard labour. Wilde apparently knew what was coming, his friends had urged him to emigrate by train to France. But he remained in Chelsea, awaiting his fate and drinking heavily in The Cadogan Hotel.

G.A commissioned an artwork to memorialise Oscar Wilde in all of this ostentatious glory. Oscar, the Swarovski crystal-adorned peacock sculpture by artist Clarita Brinkerhoff. Made from 25,854 pieces of Swarovski crystals and natural feathers, this impressive piece is sophisticated in style and craftmanship and perfectly encapsulates the spirit of Wilde himself.

The Belmond Cadogan Hotel is synonymous with creativity and so a partnership with a local bookshop to stock the mini libraries of each bedroom ensured that its history of celebrating writers and makers was celebrated. To further enhance that theme, a stunning bronze cast library installation was created which wraps around the lobby lift and comprises 600 bronze books, modelled from one of the bookcases in the original hotel.